10 Awesome Cereals of the 1980's That Aren't Around Anymore 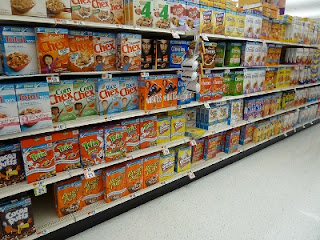 The 80's were a special time to be a kid. Modern commercialism was just coming into its own and we had awesome toys, cartoons and movies to be entertained by. Video games were exploding on the scene and junk food options were growing exponentially. Yes, we were very spoiled.

Part of this spoiling was the amazing selection of different cereals in the 1980's. Well, they weren't all that different. They were pretty much all the same, just with varying shapes and sizes and excessive levels of sugar, but they certainly knew how to differentiate them through branding and advertising.

I often like to get a bit nostalgic on 10Things, so I recently sat down to compile a list of 10 cereals of the 80's that are no longer available. How many of these did you try as a kid? Any others that you'd like to add to the list? Leave a comment below and share your thoughts!

See Also: 10 Cartoons You Were Probably Watching on a Saturday Morning in 1985